Some of my readers will probably remember Alex Porter, the handsome volleyball coach who gave me an interview last year:

The volleyball team he coaches at the University Essex is going well: this is the first year when he really has confidence that they will be in the finals. The mindset and attitude of the players is the best they’ve ever had, so best of luck to them!

Today, Alex is on my radar again for a very special reason: fundraising for his volleyball club through a lottery. This kills two birds with one stone: you are in for a chance to win, and also supporting amateur sports in England! Why not? I signed up and hope that some of my readers will, too! You can play for as little as £1 per week and 50% will go straight to the club you decide to support.

Alongside his coaching at the University, Alex is a chairman of the Tendring Volleyball Club where he has been a member for 27 years: 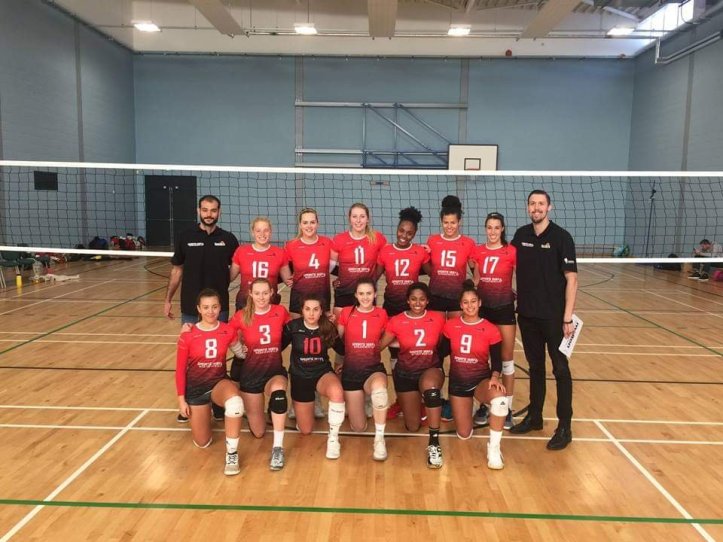 It is going really good. The women’s teams is second in the England Super League and the men are undefeated in division 1. The women’s squad is now completely made up of university students which is great but also poses other problems, such as transport and costs.

In the following weeks, some of Tendring’s volleyball players will be guests on my blog, so we will get to know them a bit. They are gorgeous tall girls!

Here is what Alex says about the Sports Lottery initiative:

Volleyball is an amateur sport for women in England and we want that to change! We’ve launched a new lottery to help support our Super League team. It’s only a pound a week with a top prize of £25K.

We have a couple of ambitious goals:

If we can get 100 people playing our lottery each week, it will transform our sport, our club, our members and our community by giving the younger girls role models and potential careers, as we look to build from a zero cost club into the first semi-pro women’s team in England.

The aim of the Sports Club Lottery is to help amateur sports clubs in the UK to raise the funds they need. It is not easy to run an amateur sports club nowadays. Most clubs rely on volunteers and subs, so your help would be very valuable to them! If you decide to join the lottery, you are helping the club directly. The money raised will be used to cover their essential costs, which could be paying for pitches on match day, petrol money to travel to an event, new kit and equipment or even something as simple as the half-time oranges.

It is your club who decides how to spend the money they have raised: as simple as that. No bureaucracy or complicated small text.

You can support Alex Porter’s team by joining here. And keep an eye out for the upcoming interviews with the players from Tendring Volleyball!

What I write about